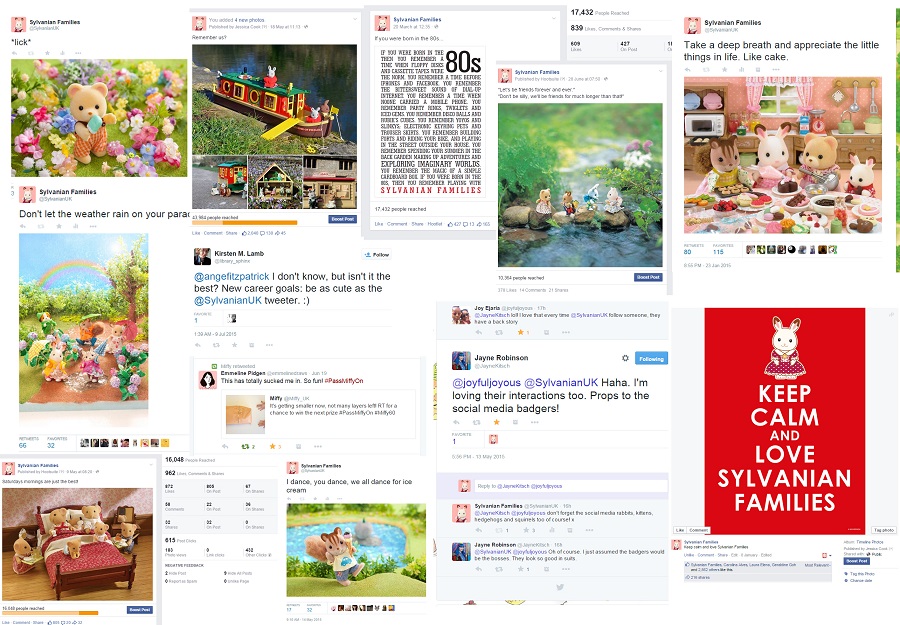 Highlight PR has been shortlisted in the 2015 South of England and Channel Islands CIPR PRide Awards for Best Use of Social Media for its consumer strategy for Sylvanian Families’ 30th Anniversary.

The CIPR awards are the most credible regional awards in the public relations industry. The awards recognise and reward outstanding work across 9 UK regions and nations. They are a celebration of exceptional talent and a reflection of public relations best practice.

Sylvanian Families, the global toy brand (est. 1985) which features collectible woodland animals and dolls houses, celebrated its 30th anniversary in March 2015. Based on 1950s rural Britain, Sylvanian Families was originally created for Japanese city-dwelling children as an imaginary woodland paradise. Launched in the UK in 1987, it is the only brand to have won Best Toy Award at the BHTA awards three years consecutively.

A key objective for this year’s 30th anniversary was to target existing fans but also reach children of the 80s who grew up collecting the toy.  Tapping into childhood memories, we created meme-style posters and sourced vintage products from eBay to showcase on the social feeds – all of which resonated strongly with the second generation audience.

The #Sylvanian30 birthday activity generated 210,250 impressions and the hashtag reached 77,155 Twitter users. Highlight also created a ‘Win a Sylvanian Village’ giveaway and a ‘Vote for Your Favourite Sylvanian Family’ poll – these campaigns had 9,600 entries between them.

Social media was also used to generate a regional partnership with the National Trust – leading to the first ever Sylvanian Families Nature Trail at Hatchlands Park, (a permanent visitor attraction), plus two anniversary events for fans being hosted by two NT properties this summer. The Sylvanian Twitter feed was also used to engage with key journalists from the Sunday Times, the Guardian, Sky News, Daily Telegraph, Vogue, and Buzzfeed – generating social chat and press coverage.

“It’s amazing to think that after just 15 months, over 80,000 fans of Sylvanian Families are now engaged with the brand on social media, and the reaction to the 30th birthday activity proves that there is still a huge love for the toy across the UK. We’re thrilled that our achievements have been acknowledged by the CIPR, and it’s great to be part of this revival.”