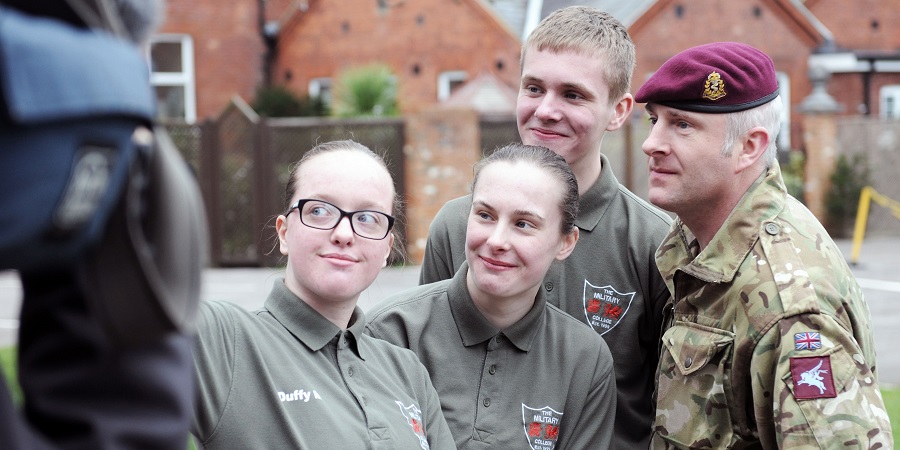 Seeing one child realise their life-long ambition is a proud moment for any parent.

But to see all three do so at the same time? That’s a different story entirely.

This was the situation that parents Traci and Mark Duffy found themselves in, as their 16-year-old triplets Mirran, Connor and Lauren all prepared themselves for entry into the Army.

The triplets, who were born nine weeks prematurely, have all been students at the Military Preparation College in Farnborough. The free-to-attend college’s focus on an ‘active learning’ curriculum has helped the Duffy triplets and thousands of other teens around the country to prepare for either careers in the Armed Forces, or for further education and training.

The college prides itself on engaging, educating and motivating young people, and helping them to be the best they can be.

We had the privilege of co-ordinating PR activity around the triplets’ story. It attracted plenty of attention.

National, regional and trade media were all approached by Highlight and invited along to a special awards ceremony held at The Army Physical Training School, to meet the triplets and their parents and to witness the students in action.

BBC, ITV and Forces TV all came along, broadcasting features on the triplets’ story and the support they had received while at the college.

We also organised a BBC Radio 5 Live interview with lunchtime presenter Adrian Chiles, and worked closely with national journalists to secure positive coverage in The Telegraph, The Mirror and The Week among many others.

The Daily Mail, who came along to meet the teens, published in-depth features both online and in print, while local station Eagle Radio was also on hand to interview the Duffy family and instructors at the College.

Huw Lewis MBE, the founder and managing director of the Military Preparation College, had this to say:

“We are pleased to have the opportunity to publicly recognise the achievements of all of our young people here in Farnborough, including Mirran, Connor and Lauren, who have all put in a great deal of work to achieve their personal goals. As an organisation we pride ourselves on offering an alternative education pathway to young people and helping them to be the best that they can be.”

Learners at the presentation day in Aldershot showcased the skills they had developed during their time at the College in a series of physical training demonstrations. These included rifle and foot drill marching drills, an assault course demonstration, physical training competition and a relay log exercise.

Social media analysis for the “Army triplets” phrase, first coined by the BBC and later used by many other media outlets, revealed that the story reached over 6 million Twitter users and delivered over 8 million impressions in just 48 hours. The British Army and a number of other influential Twitter accounts – including a host of individual Army regiments – shared the news of the Military Preparation College’s role in the trio’s journey to the Armed Forces.