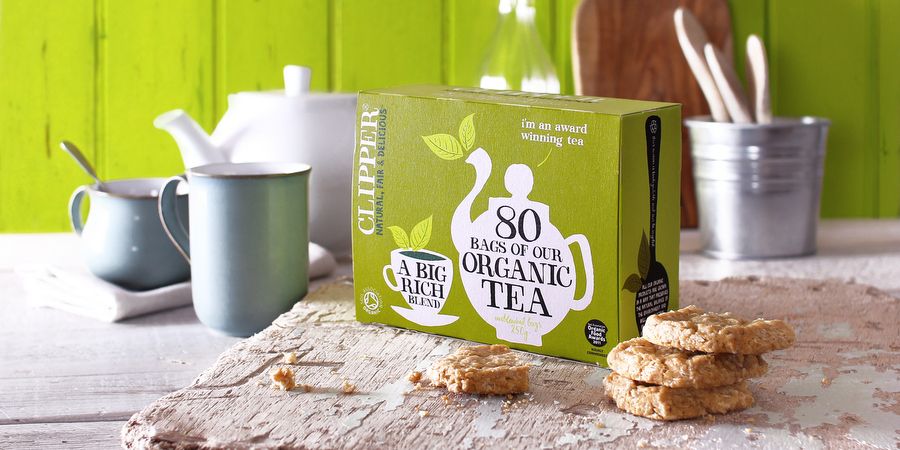 Clipper, the Fairtrade and organic tea brand owned by Wessanen UK, has dedicated record spend to an outdoor advertising campaign that celebrates the superior taste of its black tea range.

Clipper is the fastest-growing everyday tea brand – growing value sales over the last 12 months by 11%* and outperforming the category [source: IRI 52 w/e 31st December 2016, *a rate of growth higher than the top 15 brands].

Reflecting the award-winning tea producer’s commitment to natural, authentic values, the Flavour that Sings advert features a three-dimensional collage of charming hand-crafted paper objects made by Dutch artist Noa Verhofstad. The colourful artwork featuring gramophones, tea cups and flowers is displayed in a kaleidoscopic effect to represent the burst of flavour found in each cup.

The eye-catching artwork targets tea-drinkers across London and the South East, reaching 60% of the target audience (women aged 25-55). The adverts are in place now across London Underground stations, on-street locations and near key supermarkets, and will be running for 14 weeks. The concept for the creative artwork was developed and delivered by creative agency Aesop.

“The burst of colour and life in our new Flavour That Sings campaign artwork represents that moment when you first take a sip of Clipper tea and the amazing flavour hits you. It’s like a burst of beautiful song that breaks the silence.

“We believe in this impactful campaign, and anticipate that it will drive further consumer interest. Our brand proposition is offering natural, fair and delicious hot beverages for all to enjoy, and we have built a solid reputation for our incredible depth of flavour –depicted beautifully by our new campaign.

“We are proud to champion the black tea category and are also confident that ours is the best for flavour – we always go the extra mile to deliver the greatest-tasting cup of tea.”