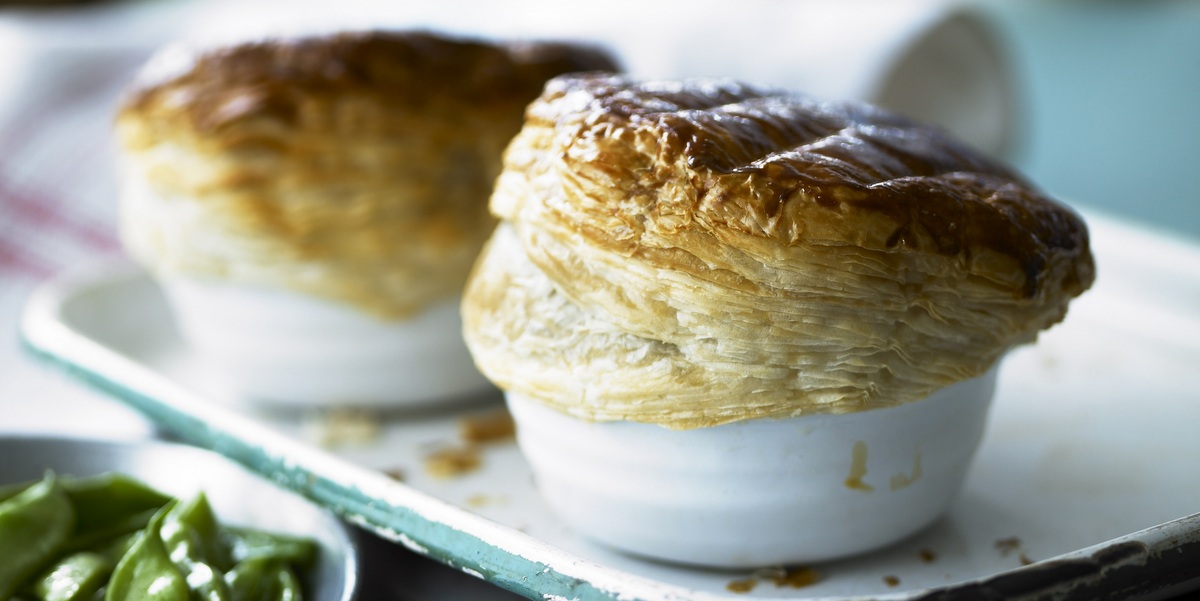 It seems months of economic and political uncertainty, an unwavering love of traditional flavours and changing eating habits are driving extraordinary demand for the ultimate comfort food – the trusty pie – with the average Brit chomping down nine pies a month according to new research from luxury pie maker Charlie Bigham’s. 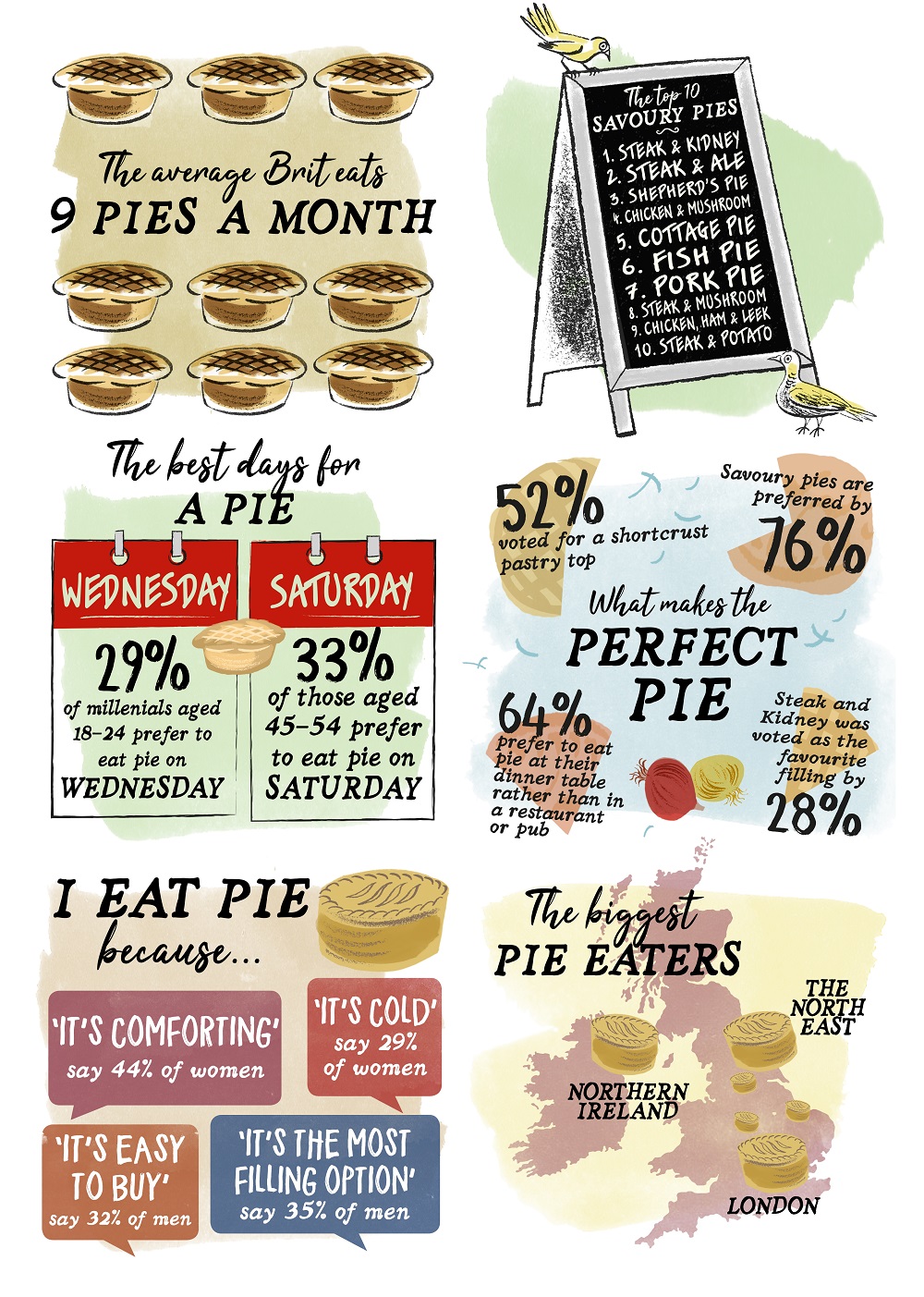 Who ate all the pies? The country’s biggest pie fans, who eat over 20 pies on average a month, are aged between 25-34 years (40%) and can be found living in the North East and Northern Ireland (31% a piece), closely followed by London (28%).  Women are the biggest comfort eaters of pies.

Pie time – The pie’s popularity with a younger audience is driven mainly by its convenience and portability. Almost one in ten have admitted to eating a pie on the tube or train, 16% at work and 14% at a sporting event.  Similarly, pies are helping younger generations survive the week with a third eaten on Wednesdays as the perfect hump day treat.

Use your crust – Debates have been raging for years about what constitutes a pie topping but according to the Charlie Bigham’s research, the jury is still out with short crust (52%) and puff pastry (50%) narrowly ‘topping’ mash potato (47%)

Do us a flavour – Despite the growing trend for vegetarian and vegan cuisine in the UK, beef features in half of the nation’s favourite pies. When asked about their dream pie – Brits were similarly meat focused with turkey and rabbit chosen as potential new flavours.

Taste rules supreme – Pies are no longer cheap, tasteless fare according to the research: only 7% are now eaten at sporting events and over a quarter are open to trying new flavours with quality and taste cited as critical factors for over a third. 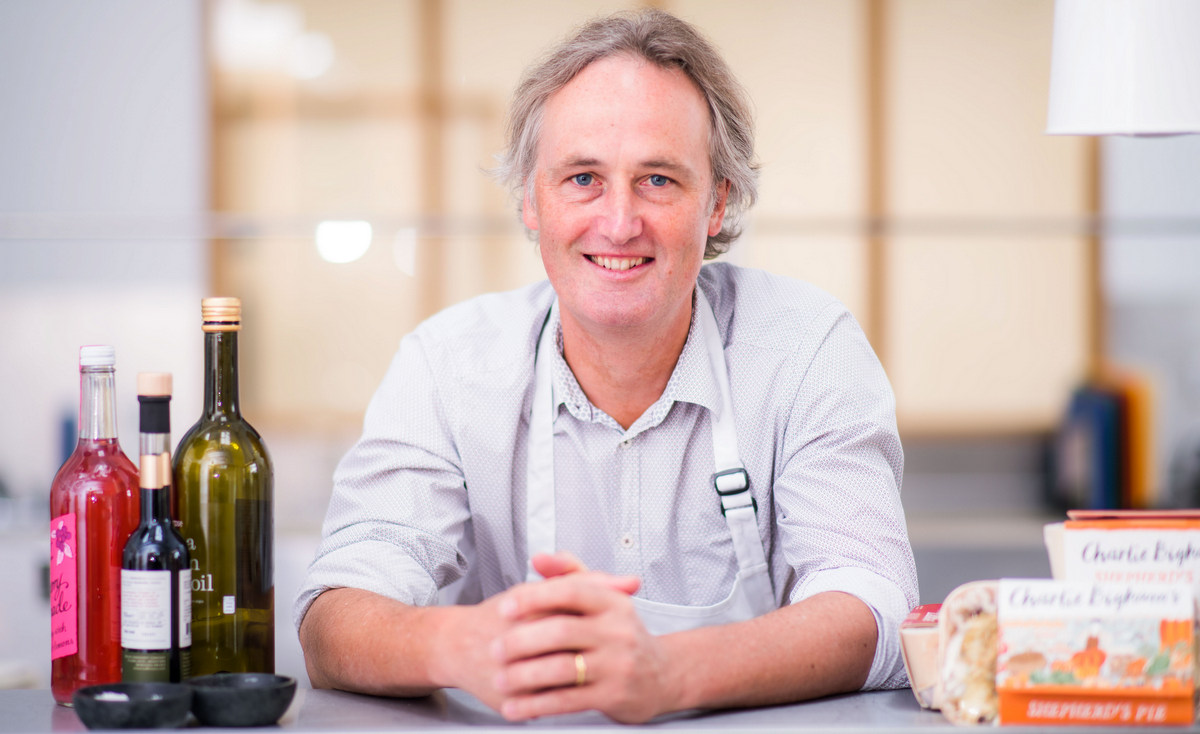 Charlie Bigham, founder of the eponymous brand behind the survey, says:

“We hear a lot about wacky new ingredients and foodie fads but there’s something reassuring in knowing that when it comes down to it there’s not much that beats a good old pie. It’s no surprise to me that simple, traditional flavours are still the clear winners. Steak & Ale is our best seller and like all our pies its packed full of taste, there’s no scrimping on the meat and our puff pastry is hard to beat”.

As well as its range of pastry and potato topped traditional pies, Charlie Bigham’s makes meals inspired by classics from the UK and around the world. Favourites including Chicken Tikka Masala, Lasagne and Macaroni and Cheese, taste just like homemade favourites and can be bought for one or to share.