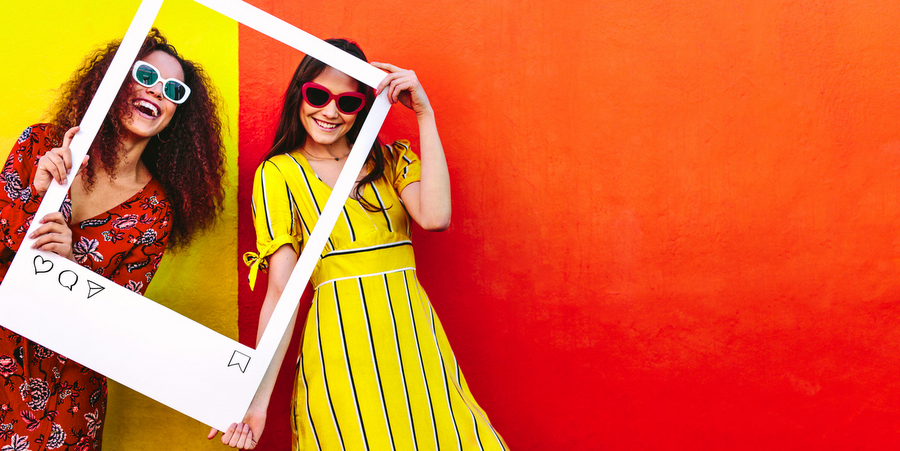 Influencer-led marketing campaigns can be a powerful force: giving brands a relatable human face and personalising the consumer’s experience.

But ‘influencer marketing’ is now such a broad term that covers so much ground. Added to this, the lines are blurring more and more – especially with the ASA’s recent decree that anyone with more than 30,000 social media followers is now considered a ‘celebrity’.

So as you look to plan your next influencer campaign, what type of influencer is the best fit for you?

Endorsements from famous personalities has long been the holy grail for any brands wanting to make an immediate impact on social channels.  And it’s easy to see why: the Journal of Advertising Research found that brands partnering with celebrities witnessed a weekly increase in sales of around 4 per cent.

Without question, celebrity influencers can be great for boosting awareness, fast. Association with a well-known public figure, especially a beloved personality, instantly elevates your market position to consumers, the business world, and the press.

But partnering with a celebrity isn’t necessarily always a match made in heaven. Celebrities (and their agents) know their worth, and tend to charge vast fees to publish branded content on their social channels. Also, most celebrities will have very large and wide audience bases – especially if they’re known for a number of things (Emma Watson, for example, is as famous for being an outspoken activist these days as a past pupil of Hogwarts).

As such, while your brand will no doubt reach a huge amount of eyeballs with a celebrity influencer if you can afford it, there’s no guarantee that you’ll be influencing the audience that truly matters to you.

Over the past decade, social media platforms have provided an unprecedented creative opportunity for members of the general public to become superstars – celebrities in the social world. These ‘social superstars’ have followings in the millions and truly know what this means to brands.

So again, expect big fees to work with them – and for these social stars to call the creative shots.

A highly-focused campaign, tapping into the main facet of their social identity, can do wonders for brand awareness and engagement – but again, much like celebs, many of these ‘social superstars’ have now become so revered that their audiences span demographics and interests.  So again, it’s not always a guarantee that your campaign will reach the right people.

Highly coveted by big-name brands, macro-influencers (often professional bloggers and YouTubers) tend to be seen as thought leaders and will typically have followings between 50,000 – 500,000. This huge audience will have likely been amassed over a lengthy period of time, through a commitment to great social content and being a genuine expert in a specific field.

Macro influencers are highly respected for their unique knowledge and personality. And unquestionably, their endorsement of your brand will carry significant weight.

But due to the scale of their audience, the genuine personal connection isn’t as acutely felt amongst followers – macro influencers can still drive between 5% to 20% engagement on average, but that engagement won’t necessarily positively impact your brand.

Increasingly desirable, micro-influencers broadly have between 10,000 and 50,000 fans. Typically, this fanbase has been established through a commitment to creating engaging and aspirational social content – including in niches such as food and drink, travel, fashion and photography.

Much like macro influencers, micro influencers tend to be known for their expertise within a specific sector. But unlike their larger counterparts, what sets micro influencers apart is their willingness (and ability) to respond and actively engage with their communities directly.

This capacity for two-way dialogue inevitably lends itself to greater trust amongst fans, and with trust comes true influence.

This is where things get truly interesting: while nano influencers usually have between 1,000 – 10,000 followers, don’t let these much smaller numbers mislead you: this is often where highly engaged fans can be found.

Recognising this, brands are increasingly turning to everyday Instagram citizens to influence others. By virtue of not being famous, nano influencers can actually make a bigger direct impact with fans by being relatable, accessible and highly trusted, and this translates to real influence: a survey by Digiday found that nano influencers are often able to engage up to 8.7% of their audience, compared to just 1.7% for celebrities with millions of followers.

All influencer types have their pro’s and con’s, so when deciding on your next influencer partnership, carefully consider what your goals and what you’re trying to achieve – and the right influencer type for your brand should shine through for you.

Highlight helps lifestyle brands and food and drink companies alike to be seen, heard and talked about through our integrated PR, content and social approach – and works closely with influencers on a daily basis to reach new audiences. If you need support to tell your story, drop us a line and let’s get started.