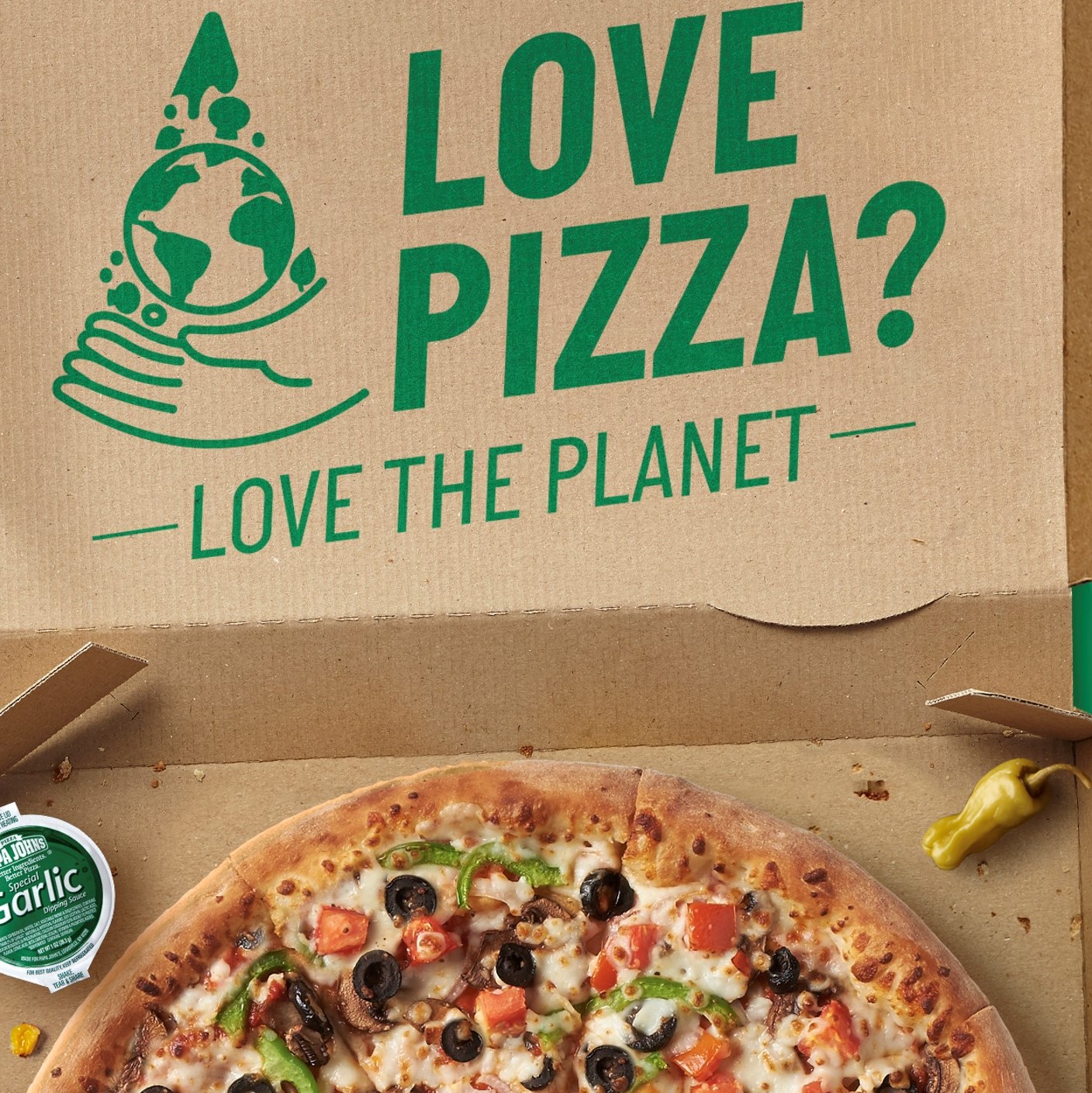 Marking World Vegan Month, Papa John’s is using real crew members – for the first time internationally – as the stars of its latest global Plant Love marketing campaign.  A campaign film includes real team members proudly holding up pizza boxes displaying the small steps that Papa John’s has taken across multiple countries worldwide to plant love for the good of the planet. They include:

A global social media #pizzaboxpledge challenge supports the Plant Love campaign asking customers what they do to plant love for the planet – also writing their responses on a Papa John’s pizza box.

The latest global campaign is an evolution of the ‘Love Pizza, Love the Planet’ campaign, which ran earlier in the year and promoted the importance of nature and natural ingredients in Papa John’s pizzas.

Jo Blundell, VP of International Marketing at Papa John’s comments: “We are on a journey to continue planting the small seeds of change for the benefit of our planet customers and communities. It, therefore, only felt right to put our Papa John’s team members in our latest Plant Love global marketing campaign displaying the small but significant initiatives we have taken together to plant love for the planet.”

The Plant Love movement complements Papa John’s ‘Better Pizza Better Ingredients’ promise and the role of nature in making pizzas better. Plant-based ingredients can be found in the brand’s fresh not frozen six ingredient dough and in its vine-ripened tomatoes in pizza sauce and veg toppings, and in plant-based cheese and meat alternatives such as Sheese and ‘NoChicken’.

As part of its commitment to encourage customers to recycle, Papa John’s is always exploring ways to make their packaging range even more sustainable.