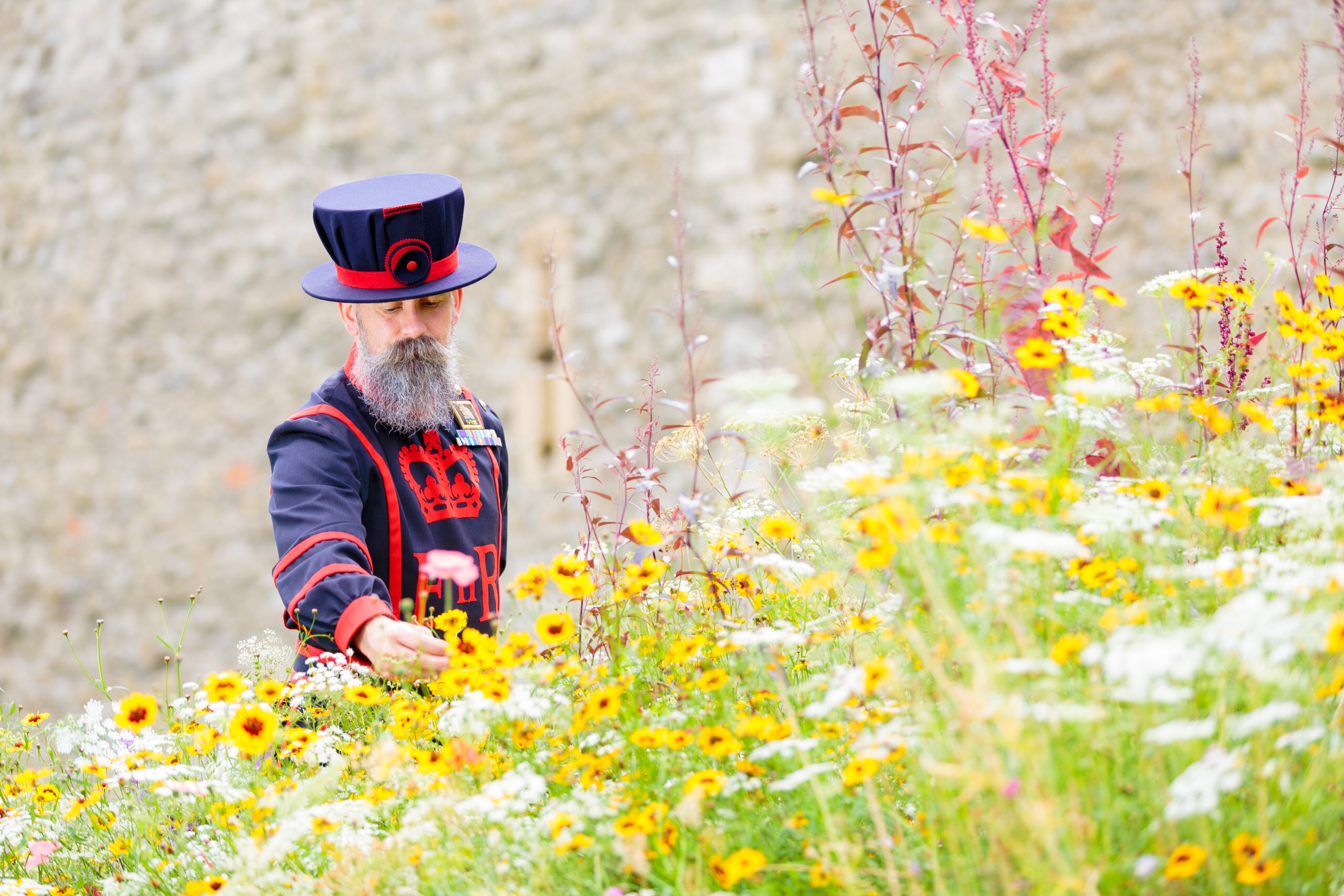 The moat at the Tower of London is set to be encircled by millions of flowers next summer to celebrate the Platinum Jubilee of Her Majesty The Queen.

Historic Royal Palaces (HRP) have officially announced plans for The Tower’s ‘Superbloom’ celebration project, to be brought to life in joint partnership with award-winning landscape architecture practice Grant Associates and the University of Sheffield’s Professor of Planting Design, Nigel Dunnett – both of whom have extensive expertise in urban horticulture and landscape design.

After a year of extensive testing and planning, 20 million carefully selected seeds will be sown in the moat in spring 2022, creating a vibrant sea of flowers which will continuously evolve from June to September, changing colours and patterns throughout the summer.  For the first time, the space will be open every day for visitors to explore and see the spectacle of the flowers close-up, as the moat, which was built in the 13th century to keep people out of the Tower, becomes a welcoming new habitat for pollinators and seed-eating birds. The Tower’s ‘Superbloom’ will be the first stage of a transformation of the moat into a new natural landscape in the heart of the City of London, replacing the current lawn permanently.

Grant Associates, the Bath-based international practice behind 2021’s Best Show Garden at the Chelsea Flower Show, The Guangzhou Garden, and the world-renowned Gardens by the Bay in Singapore, is taking a collaborative role in designing the overall visitor experience and technical design concept for the project, including the sequencing of experiences and flowering effects as visitors move around the moat.

“The prospect of transforming the Tower of London moat from barren amenity grassland into a spectacle of nature was irresistible and we look forward to seeing this historic evolution unfold over the coming months. This is set to be a highly significant transformation – one that will build on the moat’s legacy to create a nature-rich, sustainable landscape for the benefit of both biodiversity and the communities of the Tower, Tower Hamlets, London and all future visitors. We anticipate this bold intervention will be a catalyst for many other transformational projects across the country, bringing colour and life to renew our urban neighbourhoods.”

In recent years, the Tower’s moat is best known for being the setting for two major commemorations of the Centenary of the First World War: the 2014 ‘Poppies’ and 2018 ‘Flames’ installations.  However, the space has had many uses in its long history. It has housed a medieval orchard, a grazing ground for Victorian livestock, and even allotments during the Second World War. As recently as 1977, the moat was used to mark HM The Queen’s Silver Jubilee with a garden display.  In 2022, the ‘Superbloom’ will take inspiration from this long history, bringing nature back to the Tower’s urban landscape.

When the flowers are flourishing, the ‘Superbloom’ will bring spectacular natural beauty to the feet of the Tower’s ancient walls, and it will introduce a new habitat for wildlife. The planting scheme will create a significant new and much needed resource for pollinators and seed-eating birds. Early tests in summer 2021 have already demonstrated the power of even a small number of flowers to increase the biodiversity in the moat.